The U.S. Supreme Court has long held that when the prosecution uses drug courier profiling evidence mainly as a way to prove guilt, it violates a person’s constitutional right to a fair trial.

While police can use drug courier profiling evidence to establish reasonable suspicion for purposes of stopping someone to investigate a crime, this evidence cannot be used at trial largely to prove they are guilty.

This is because by doing so, the defendant is essentially prosecuted for the conduct of others, rather than that of the defendant.

The Arizona Supreme Court recently issued an opinion in a drug trafficking case that centered on drug-courier profiling, and errors that occur at trial which are both fundamental and prejudicial.

The first issue presented to the court was whether the defendant’s claims could be heard on appeal after the defense failed to object to the drug-courier profiling testimony during trial.

The court also had to determine if the prosecution’s drug-courier profile evidence was properly admitted. If not, the court needed to decide if the defendant was entitled to a new trial.

The Arizona Supreme Court found that a fundamental and prejudicial error occurred at trial because the drug-profiling evidence was admitted for the purpose of proving that the defendant was guilty of the drug charges.   As a result, the court remanded the drug convictions on those counts and ordered a new trial. 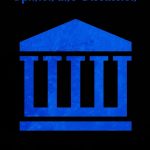 Based on an ongoing investigation, police suspected that the defendant had been selling methamphetamine (meth).

Police later obtained a search warrant and placed a GPS tracking device on the defendant’s vehicle. After following the defendant’s movements for some time, police decided to stop the defendant after he left Phoenix AZ.

Two officers began to follow the defendant, and eventually the defendant attempted to make a U-turn.  At that point, the officers blocked his path, and turned on their flashing lights to stop the defendant.

At the stop, the officers searched the suspect’s vehicle.  Troopers found a handgun, several knives, a small scale, dryer sheets, coffee beans, and a disposable cell phone. The officers contacted the drug K-9 unit and a drug enforcement officer arrived at the scene.   The dog elicited a response to the officers that indicated the K-9 suspected drugs were present in or on the defendant’s truck.  The K-9’s positive response was elicited despite the fact that police didn’t find any illegal drugs in their initial search of it.

The defendant was arrested and taken into custody.  Later, the arresting officer went back to the location where they stopped the suspect.  That officer claimed to have discovered a small bag containing 48 grams of meth in the middle of the road. Additionally, the scale that police discovered in the defendant’s truck was found to have trace amounts of meth on it.

Prior to trial, the prosecution moved to introduce drug-courier profiling evidence to demonstrate that the defendant had engaged in behavior that was “indicative of and consistent with drug trafficking.” The trial court allowed the drug-courier profiling evidence to be admitted.  In addition, several prosecution witnesses testified about their knowledge of common drug-trafficking methods and how the defendant’s behavior was consistent with that of a drug courier or drug trafficker.

The court allowed the prosecution’s witnesses to testify as to what third-parties had told them regarding the defendant’s suspected activities.  At trial the defendant did not object to the admission of the drug courier profiling evidence, or to third party testimony.

At trial, the defendant was found guilty of dangerous drug sales and trafficking; possession of drug paraphernalia; tampering with evidence; and possessing deadly weapons while committing dangerous drug trafficking and sales crimes.

The Arizona Supreme Court agreed to review the case to clarify what must be demonstrated for proof that a prejudicial and fundamental error occurred.

First, the court noted that the defendant did not object to the evidence until the appeal. An appellate court would normally conduct de novo review of a lower court’s legal ruling.  However, because the defendant failed to object to the admission of the evidence, the court applied a much stricter standard. Specifically, the court will not reverse a conviction based on an improperly preserved argument, unless the error was both “fundamental” and “prejudicial.”

Here the Arizona Supreme Court determined that the lower court committed both a fundamental and prejudicial error in admitting the drug-courier profile evidence.

The AZ Supreme Court concluded that all the standards were met, and the drug courier profiling evidence was admitted in error.

The court noted that introducing drug profiling evidence at trial can have legitimate uses and therefore be admitted, such as justifying the reason for the stop. But that the prosecution’s intent in this case was to prove that the defendant was guilty because his actions were consistent with a drug trafficker.  Therefore the drug courier profiling evidence was not admissible.

Lastly, the court determined that the evidence was prejudicial, and admitted in violation of the defendant’s rights; and therefore the defendant was entitled to a new trial. 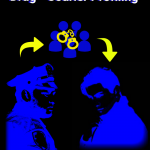 It involves police recognition of a specific set of characteristics or behaviors that are typically associated with those that engage in illegal drug sales, distribution, or transportation.

Police can rely on drug profiling evidence to justify reasonable suspicion for an investigative stop.

Drug-courier profiling was initially used in the 1970s by United States Drug Enforcement Agency (DEA) for use at airports.

It is still a common practice used today by law enforcement officers in Arizona and throughout the country to justify reasonable suspicion or an investigative stop.

What are some examples of drug courier profiling indicators? 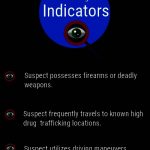 At the present time, no uniform list of indicators exists to characterize drug-courier behavior or habits in all situations.  These behaviors vary based on the drug enforcement agency, location, and type of illegal drug activity involved.

For example, the suspect may be engaging in “heat runs” where the driver attempts to throw police off their trail;

The law enforcement officers will draw from their training, knowledge, and experience to identify a set of characteristics or behaviors that believe fits a drug profile.  As a basis to justify reasonable suspicion for a lawful stop, police must consider all the circumstances, and not just the profiling indicators.

When is drug-courier profiling evidence admissible? 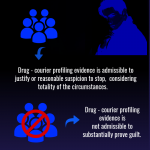 The U.S. Supreme Court has held that drug-courier profiling may be included in consideration of “totality of the circumstance” to justify an investigative stop (United States v. Sokolow, 1989).

However, drug-courier profile evidence is not admissible to prove substantial evidence of guilt (United States v. Beltran- Rios 1983).  This is because it can result in a person being convicted of what others have done in the past, and not their own actions.

Arizona Courts have also consistently denounced the use of drug-courier profiling evidence specifically as the basis for the jury to reach a guilty verdict (Arizona v. Lee, 1998).   Both the state and federal courts, however, do allow for profiling evidence to be admitted on a limited basis for other purposes (State of Arizona v. Urrea 2017).   Examples of admissible uses may include presenting modus operandi information to educate the jury on specific drug operations or methods involved in the crime; the intention of the evidence to be admitted is to introduce non-prejudicial and probative value to a relative issue in the case.

The judge will rule on whether or not the drug-courier profiling evidence is unfair based on the circumstances and information presented.  If the court finds that the evidence is prejudicial, it will not be admissible.

What is a fundamental error? 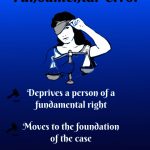 As it relates to a criminal trial, a fundamental error is one that deprives a defendant of a fundamental right under the U.S. or Arizona Constitution.

An error is fundamental when it moves to the foundation of the case, and denies the defendant essential rights needed to defend their charges.

Arizona courts have held that a fundamental error is “an error of such magnitude that the defendant could not possibly have received a fair trial…”  (State of Arizona v. Henderson 2005).

In State of Arizona v. Escalante 2018, the Arizona Supreme Court clarified the standards which entail three the prongs below that sometimes overlap, to determine if a fundamental error occurred which include:

To determine if a fundamental error occurred, the higher court will consider the totality of the circumstances principle.

If it is established that a fundamental error occurred, and that the error was prejudicial, the remedy is for the judge to grant a new trial.

What are the penalties for meth sales and transportation in Arizona? 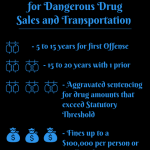 Dangerous drug penalties are classified and varied based a number of factors.  These include: amount of illegal drugs a person is found to have in their possession; whether the crime was a repeat or first time offense; prior criminal record; and aggravated or mitigated factors that apply.

Penalties for a conviction of meth possession with intent to sell, sales, or transport of meth include 5 to 15 years in prison for a first time offense.

If the conviction involves one prior the penalties call for 10 to 20 years in prison.

If the conviction involved meth, the defendant will not be eligible for probation, a suspended sentence, or release, until they have served the entire sentence ordered by the court.

Fines range up to 3 times the market value of the dangerous drug found in the defendant’s possession up to a maximum of $150,000 per person, and one million dollars for an enterprise.

If the total or combined amount found in the defendant’s possession equals or exceeds Arizona’s statutory Threshold Amount under A.R.S. 13 -3420, the person will not be eligible for probation, and the sentencing may be aggravated.

How James Novak of The Law Office of James Novak, can help you resolve your Arizona dangerous drug charges

When you face meth or any dangerous drug charges, your future and freedom are at stake.  No matter how serious the charges, however, you have the right to defend them.

The best way to do this is to retain an experienced and effective criminal defense attorney who will protect your rights, defend your charges, and make sure you are treated fairly.

There may be strong defenses that apply to your case that you are not aware of. Some defenses include but are not limited to constitutional violations, weak or invalid evidence, trial defenses, statutory defenses, and police or court procedural violations. It is important that the attorney you hire is experienced and knowledgeable about drug laws, defenses, the court system, and alternative resolutions that may be pursued.

If you have recently been arrested for the possession, sale, transportation, or distribution of illegal or dangerous drugs in Maricopa County,  contact The Law Office of James Novak.  Attorney James Novak, PLLC today.  James Novak is a former prosecutor, and experienced Arizona criminal defense attorney with decades of experience handling all types of criminal matters including Arizona drug possession and drug selling charges.  James Novak provides a unique form a client-centered representation throughout every step of the case including investigations, motions to suppress, and jury selection and argument.  If retained, Attorney James Novak will work hard to get the best possible outcome in your case.

To learn more about out how James Novak, experienced criminal attorney can help you resolve your charges, call 480-413-1499  to speak directly with an attorney about your matter.  You can also complete the on-line contact form and receive a prompt call back from James Novak for criminal charges within the service area of Phoenix, Mesa, Tempe, Gilbert, Scottsdale, and Chandler AZ.

Other Articles of Interest from The Law Office of James Novak’s Award Winning Blog: