Law enforcement agencies often use traffic stops or other small municipal code violations as a pretext to investigate a suspect for more serious criminal activity. Many arrests and convictions for serious crimes occur only after a law enforcement officer has stopped or detained a suspect for a less serious offense, and decided to expand the scope of their investigation to look for evidence of further criminal activity. These law enforcement tactics are permissible in some circumstances, however, if a police officer expands the scope of a minor traffic stop without legal justification, it may be possible for a defendant to suppress any evidence obtained through the officer’s unlawful tactics. The Arizona Court of Appeals recently issued an opinion in an appeal filed by a man who was convicted of several serious offenses after he was stopped for violating traffic laws.

The defendant in the recently decided appeal is a man who was convicted of several felony offenses relating to drugs and weapons that he allegedly had in his vehicle and were discovered after a traffic stop. According to the facts discussed in the appellate opinion, the defendant had been under investigation for several months for alleged drug activity, however, he was initially stopped by a uniformed officer after he was witnessed violating several minor traffic laws. After the defendant was stopped, several rounds of questioning ensued as to his reason for being in the area. The officer also administered field sobriety tests waiting for a K-9 unit to arrive. After some delay, the police dog arrived and alerted the officer to narcotics in the vehicle. A subsequent search of the vehicle discovered significant amounts of drugs and weapons. The defendant was arrested, charged, and ultimately convicted.

After his conviction, the defendant appealed to the Arizona Court of Appeals, challenging the trial judge’s decision to allow the evidence discovered at the traffic stop to be used at trial. The defendant argued that the officer exceeded the scope of the traffic stop and unreasonably delayed the stop in order to allow time for the K-9 unit to arrive and search for the drugs. The appellate court did not completely agree with the trial judge’s ruling that the scope of the traffic stop was not expanded; however, the court upheld the ruling and conviction because the defendant was the subject of an ongoing narcotics investigation, and the law enforcement agents involved all had reasonable suspicion to perform a search based on the evidence gathered in the months-long investigation, as well as what they had witnessed the day of the arrest. As a result of the appellate ruling, the defendant’s conviction will stand, and he will be required to serve out his prison sentence.

END_OF_DOCUMENT_TOKEN_TO_BE_REPLACED

Over the past decade, more states are coming to realize the detrimental—and unfair—effects that result when applying existing laws. For example, laws imposing mandatory minimum punishments, the system’s failure to account for mental health issues (including addiction), and harsh collateral consequences that come along with a conviction have all started to get a second look. Recently, Arizona Governor Doug Ducey signed several bills into law bringing Arizona in line with the many other states that are making significant efforts to adjust what many consider to be a broken criminal justice system.

Specifically, HB 2318 and 2319 address the state’s harsh sentencing system and the impact of a conviction for a non-violent drug crime.

House Bill 2318 deals with first-time offenders who may otherwise receive a disproportionately high sentence. The Bill deals with a situation where a person is convicted of one or more felony offenses that were either consolidated for trial or do not count as “historical prior felony convictions.” Under the old law, a person with two or more offenses was considered a repeat offender, meaning they faced significantly higher penalties. However, for arrests taking place after March 24, 2021, consolidated felony cases will be considered a “single offense” for sentencing purposes.

END_OF_DOCUMENT_TOKEN_TO_BE_REPLACED 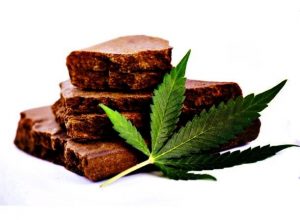 It’s been nearly a decade since the state passed the Arizona Medical Marijuana Act (AMMA).

According to the DHS statistics for 2018, the number of active qualified Arizona medical marijuana cardholders totaled 198,017.  At year-end, there were an additional 108,819 new applications pending for qualified patient status under the AMMA.

Amidst the success of the program, the state has continued to grapple with how to interpret the law.

The most recent  controversy was whether qualified patients had immunity under the AMMA law to possess hashish, resin, or  other forms of cannabis besides dried leaves, buds and flowers.
END_OF_DOCUMENT_TOKEN_TO_BE_REPLACED

A DUI breathalyzer or chemical test is considered a protected search under the 4thAmendment of the U.S. Constitution. This means that police need a warrant with probable cause to conduct a DUI breath, blood or urine test, even under Arizona’s Implied Consent law.

There are a few exceptions to the warrant rule, one of which is voluntarily consent.  If the driver expressly consents to a breath or chemical test, the officer is not required to have a warrant.

Arizona courts have held that if a person was coerced by the officer to take the DUI test then their consent is not voluntary (State of Arizona v. Valenzuela, 2016).  An involuntary consent does not relieve police of the requirement of obtaining a warrant.

END_OF_DOCUMENT_TOKEN_TO_BE_REPLACED

The U.S. Supreme Court has long held that when the prosecution uses drug courier profiling evidence mainly as a way to prove guilt, it violates a person’s constitutional right to a fair trial.

While police can use drug courier profiling evidence to establish reasonable suspicion for purposes of stopping someone to investigate a crime, this evidence cannot be used at trial largely to prove they are guilty.

This is because by doing so, the defendant is essentially prosecuted for the conduct of others, rather than that of the defendant.

END_OF_DOCUMENT_TOKEN_TO_BE_REPLACED

Arizona lawmakers recently passed House Bill 2007 (HB2007), adding an aggravating circumstance to the list of 26 that were previously enumerated in the statute.  The law became effective August 3, 2018.

The newest aggravating circumstance is triggered when a defendant “uses a mask or other disguise to obscure the defendant’s face to avoid detection” during a crime.

To be clear, the new aggravating circumstance doesn’t criminalize wearing a disguise.  Rather, it allows for an increased punishment for those who are convicted of committing a crime, while wearing a mask or disguise.

END_OF_DOCUMENT_TOKEN_TO_BE_REPLACED

The U.S. Supreme Court previously held that Global Positioning System (GPS) tracking on a driver’s vehicle comprises a search under the 4th amendment. This means that police need a warrant to conduct GPS tracking on a vehicle owned or driven by a suspect when the vehicle is legally in their possession.

Earlier this year, the Arizona Supreme Court issued a landmark opinion in an Arizona drug trafficking case in which the passenger in a GPS tracked vehicle was arrested in addition to the suspect driver.

In the case, the Arizona Supreme Court ultimately affirmed the defendant’s conviction, finding that the officers who conducted the search relied on previous case law in place, that held the conduct was permissible.  With that, the court determined that the police acted properly and did not suppress the evidence, based on the good faith exception.

END_OF_DOCUMENT_TOKEN_TO_BE_REPLACED

Arizona jails and prisons have measures in place to assure no criminal activity is in progress related to the defendant’s communications.

The information they obtain may be used to prosecute pending or future criminal charges. The exception to this would be privileged  communications between a defendant and their criminal attorney.

END_OF_DOCUMENT_TOKEN_TO_BE_REPLACED

The Arizona Supreme Court recently ruled that enhanced sentencing does not apply if the victim is fictitious.

Under Arizona’s Dangerous Crimes against Children statute (DCAC), a person convicted of a sexual crime against a child is subject to enhanced sentencing. These penalties are severe and designed to provide greater punishments to those convicted of the offenses.

The question for the Court in this case was whether or not enhanced sentencing should be imposed under A.R.S. § 13-705(P) (1), when there was no actual victim.

END_OF_DOCUMENT_TOKEN_TO_BE_REPLACED

If you were arrested for domestic violence or assault, the prosecution may attempt to use profiling evidence or “cold” expert witness testimony against you.

Profiling evidence  and “cold” expert witness testimony is not always admissible.  The decision about admissibility is a decision for the court.  When making this determination the court will consider the rules of criminal evidence, content, relevance and objectivity of the testimony.

If improper witness testimony is admitted, it can potentially lead to an unfair guilty verdict. Therefore,  proper challenges should be made as to the admissibility of planned expert witness testimony.