A DUI breathalyzer or chemical test is considered a protected search under the 4thAmendment of the U.S. Constitution. This means that police need a warrant with probable cause to conduct a DUI breath, blood or urine test, even under Arizona’s Implied Consent law.

There are a few exceptions to the warrant rule, one of which is voluntarily consent.  If the driver expressly consents to a breath or chemical test, the officer is not required to have a warrant.

Arizona courts have held that if a person was coerced by the officer to take the DUI test then their consent is not voluntary (State of Arizona v. Valenzuela, 2016).  An involuntary consent does not relieve police of the requirement of obtaining a warrant.

The Arizona Supreme Court recently issued a written opinion in an Arizona DUI case centered on the issue of whether the defendant’s consent to provide a blood test was voluntary or involuntary.

Ultimately, the court decided that the officer did not coerce the defendant’s consent by simply advising him of the consequences of refusing the DUI test, before asking him to consent to the testing. 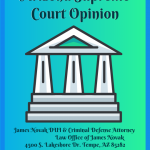 The defendant was arrested for allegedly driving under the influence.  The arresting officer advised the defendant of Arizona law which states that anyone who operates a motor vehicle gives consent to provide a sample for the purposes of DUI chemical testing.

The officer went on to explain that if the defendant refused, his driving privilege would “be suspended … for 12 months, or for two years if you’ve had a prior … refusal within the last 84 months.”

The defendant agreed to give a DUI blood sample, and it was determined that his blood-alcohol content was over the legal limit.

The defendant was subsequently charged with a DUI.   Before trial, the defendant filed a motion to suppress the blood test results, arguing that “his consent was involuntary because he was told his driving privileges would be suspended if he refused the test before he was asked if he would submit.”

The trial court rejected the defendant’s argument that his consent was involuntarily, after it considered the circumstances surrounding the arrest, the language read from the Implied Consent Affidavit, and the manner in which the officer asked for consent.

As a result, the motion was denied and the defendant was convicted of Aggravated DUI.  The defendant appealed the lower court’s denial of his motion to suppress the DUI testing evidence.

On appeal, the court affirmed the denial of the defendant’s motion to suppress. The court began its analysis by noting that “whether consent to a search is voluntary … is assessed from the totality of the circumstances.”

The court went on to discuss the interplay between the Fourth Amendment requirement that all searches be supported by probable cause and the state’s implied consent statute.  It explained that Arizona’s implied consent law does not permit an unwarranted search for DUI breath or chemical tests.  However, it does provide for an administrative license suspension if the motorist refuses an officer’s request that he take a chemical test.

The court reviewed the challenge brought by the defense, which was whether advising the suspect of the consequences of refusal before asking him to consent to the test, was considered coercion.

The defendant argued that by advising him of the consequences of refusal before asking him if he would consent to a test, the officer coerced him into agreeing to the test. In support of his position, the defendant pointed to a previously decided case in which the court explained that police officers should first ask if an arrestee would consent to a test before advising them of the consequences of a refusal.  The court also reasoned that unlike the previously decided case, (State of Arizona v. Valenzuela, II) the officer did not repeatedly advise the suspect that he was “required” to undergo the DUI testing.

The court explained that the lower court correctly acknowledged that the warning provided by the officer was just one factor among the “totality of the circumstances” surrounding the question of whether the defendant’s consent was voluntary.  Thus, the appellate court upheld the judge’s decision to deny the defendant’s motion to suppress.

It is worth noting that, in the court ruled similarly in a different case that was decided on the same day.

What is the Implied Consent law? 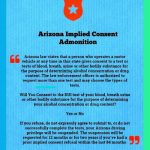 The implied consent law gives the state the right to request a DUI breath or chemical tests subject to Arizona DUI laws, to determine a person’s blood alcohol concentration (BAC), or drug content in a person’s system if that driver is arrested for any type of DUI charge in Arizona.   Under the Implied Consent statute A.R.S. 28—1321 a suspect may refuse to submit to the test, but will face consequences pertaining to their driving privileges.

If a person does not expressly agree, or is unable to complete the DUI breath or chemical test requested by police, it is considered a refusal.  The Arizona Motor Vehicle Department (MVD) imposes the driver’s license suspensions resulting from the refusal.  The impaired driving license suspension is a civil action in contrast to the DUI charge which is processed in criminal court.

Does the Implied Consent law apply to out-of-state drivers? 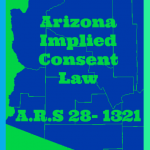 Yes.  Arizona’s Implied Consent law A.R.S. 28-1321  applies to  persons driving in the state who are suspected of driving under the influence of alcohol or drugs.  This also applies to those drivers who have licenses issued from another state.

The law states that anyone operating a motor vehicle in the state of Arizona gives to consent to the DUI breath or blood testing subject to the conditions of Arizona’s DUI Law Extreme DUI Laws, Super Extreme DUI laws,  Aggravated DUI law (felony), and Underage 21 DUI laws.

What happens if I refuse a DUI breath or chemical test? 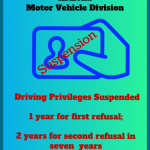 Under Arizona’s Implied Consent Law a driver who refuses a DUI breath, blood, or urine test subject to Arizona DUI laws  requested by police will face the following consequences:

Note, for purposes of the DUI license suspension. failure to complete the test for any reason will be considered a refusal.

What are the penalties for Aggravated DUI conviction in Arizona? 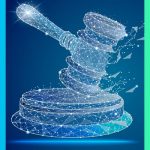 Most aggravated DUI charges range from a class 4 to class 6 felonies, for the first offense.  The classification may be higher depending on the circumstances of the DUI, particularly if a victim was involved.

A class 4 felony DUI conviction calls for 4 to 8 months in prison.  A Class 6 felony exposes a person prison terms which range from 10 to 30 consecutive days.

Both classifications expose a person to fines, fees, and costs of over $4,000.00; driver’s license revocation for one year; ignition interlock device for 2 years after driving privileges are reinstated; possible forfeiture of vehicle; participation in a mandatory alcohol or drug education program; a felony conviction on your record, and other penalties the court deems necessary.

Why do I need to hire a criminal defense attorney for my DUI charges? 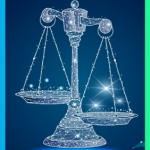 If you face DUI charges in Arizona, it is important that you retain an experienced criminal defense attorney in order to “balance the scales” of the criminal justice system. All DUI convictions in Arizona expose a person to incarceration.  For misdemeanor impaired driving charges, this means jail, and for Aggravated DUI charges, it means prison time.

When your future and freedom are at stake, you need to make sure your rights are protected and that your legal advocate is fighting for you.  You have the right to retain a criminal attorney to defend your charges.  This is one of the most important decisions you will make in resolving your charges.   The criminal defense attorney you choose can have a significant impact on the outcome of your case. The evidence that the prosecution plans to use against you may be weak, or invalid, or your our rights may have been violated in the process of the stop, or DUI testing. 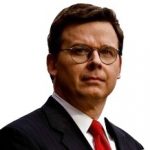 James Novak of The Law Office of James Novak, provides legal representation for those individuals charged with DUI and other crimes in Phoenix, and the East Valley cities of Mesa, Tempe, Chandler, Scottsdale, and Gilbert AZ.

You can Contact James Novak through the form on the website or call (480) 413-1499 to learn more about your criminal defense options and how the Law Office of James Novak can help you resolve your charges.